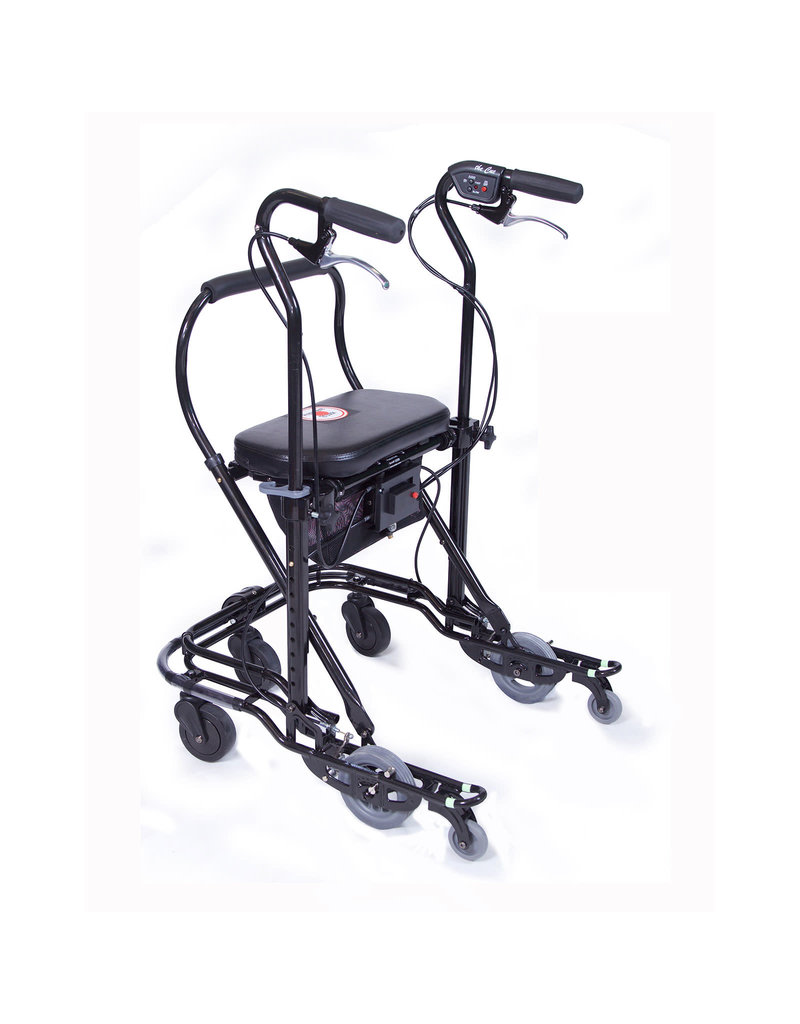 The U-Step 2 Walking Stabilizer was designed to increase independence and eliminate falling among those with neurological conditions.
The leading-edge features of the U-Step 2, as compared to other walking aids, make it superior by providing more stability, maneuverability and control.

Reversed Braking System –
The innovative braking system is easy to use and puts you in complete control. The U-Step 2 will not roll until you lightly squeeze either hand brake. Once you release the hand brake, the unit will stop immediately. This feature is particularly helpful when standing up from a chair because the unit will not roll away from you.

Rolling Resistance Control –
Unlike other rolling walkers, you can adjust the rolling speed of the new U-Step 2. Many people find that wheeled walkers roll too fast for them. That is why we engineered a control for setting the rolling resistance. Loosen the set screw and rotate the adjustment lever to the desired amount of resistance, then re-tighten the set screw.

Spring-Loaded Front Wheel –
The patented spring-loaded front caster system glides easily over uneven surfaces, such as indoor molding strips and cracks in the sidewalk. This avoids sudden jolts as well as the need to lift the walker over small obstacles.

Laser & Sound Cueing Module –
This optional feature is primarily used by those with Parkinson’s freezing but can be used by anyone with an irregular gait pattern. This Cueing Module can help get you started, normalize your walking and increase your stride. Press the red button on the module to project a bright red laser line on the floor to guide your step. You can also turn on the sound feature to set a beat pattern for walking speed.

Easily Transported –
Folding the U-Step 2 is as easy as one, two, three! Lift the release lever by the seat, pull up on the seat support to fold and put it in the car; no bending down to pick it up.

Add your review
0 stars based on 0 reviews